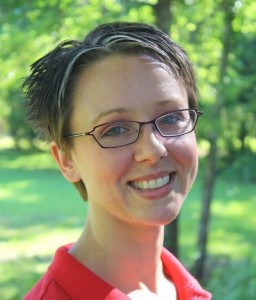 Leah Petersen lives in North Carolina. She does the day-job, wife, and mother thing, much like everyone else. She prides herself on being able to hold a book with her feet so she can knit while reading. She’s still working on knitting while writing. (Try Dragon voice recognition software –the Eds.)

When Jacob Dawes is Selected for the Imperial Intellectual Complex as a child, he’s catapulted from the poverty-stricken slums of his birth into a world where his status as an unclass is something no one can forget, or forgive. His growing scientific renown draws the attention of the emperor, a young man Jacob’s own age, and they find themselves drawn to each other in an unlikely, and ill-advised relationship. Jacob may have won the emperor’s heart, but it’s no protection when he’s accused of treason. And fighting his own execution would mean betraying the man he loves.

The book launch party, including a reading and signing will be in Toronto, Ontario at the Ad Astra convention, Saturday April 14 at 8:30 PM.

drunkenmermaid.com will feature our interview with Leah in May.