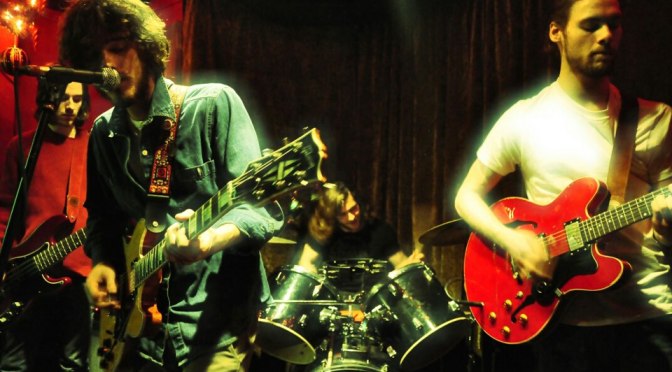 Corey: We formed by the fated occurrence of three lads from three different cities attending the same high school. Oh, and one had a younger brother. The rest is history. The name I suppose comes from the lack ability to think of anything clever, only gibberish came out. This band consists of a drummer (Curt), and bassist (Connor), two guitarists (Chris and myself, Corey). I also sing.

drunkenmermaid.com: What is your favorite original song or album to date? Why?

Corey: Of ours? Currently an unreleased one called Full Flux, because it was created spontaneously one morning jam session, when I in particular was very hungover and didn’t feel like playing guitar so I attempted to sing delta blues/muddy waters type vibe over the other threes gnarley riffage. The result is our latest closing song for our live gigs. There’s a wicked drum beat, powerful guitar, and stellar bass. I added harmonica to complete the blues effect. Nothing about the song is blues, though come to think of it…Come check it out.

drunkenmermaid.com: Who are your major influences? What do you take from them? What do you add or do differently?

Corey: Various musical artists, poets, singers, philosophers, activities. I think one can either be literally inspired by something and attempt to use it, modify it, or represent it. Or you can be inspired in a way you do not consciously realize, but it happens. I guess I like the combo.

drunkenmermaid.com: What song do you wish you’d written? How would it sound as performed by you?

Corey: The oldest song in the world. We would convert it into rock & roll, for sure.

drunkenmermaid.com: What does the future hold – is there a particular direction you’d like to take your music?

Corey: We have certain ideas about direction, mainly in the recording area. Our music itself generally takes on a life of its own. We try not to attempt to create a song that sounds too much like something. That being said, we are listening to more music, taking it in, adding it to our mix, and our latest direction which I would venture to describe as a combination between dream pop, garage, and delta blues, is very exciting. That’s subject to change…

drunkenmermaid.com: What are your best and worst experiences to date?

drunkenmermaid.com: What would you like your fans/audience to know about you?

drunkenmermaid.com: Tell us about your live gigs. What is it like to see you perform in the flesh?

As of late we’ve been cooking up a fire at shows, our latest endeavors are exciting us and we’ve melded together as a live act quite nicely. There’s laughter, some sweat, some jokes, rock & roll that’s not loose, but not too tight either. Just the way we like it.

drunkenmermaid.com: Where can we see you in the near future?

Hamilton/Toronto most likely. We’re working up some November gigging, so follow our Bandcamp/facebook… 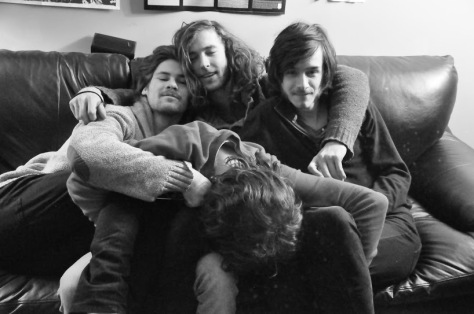